Shakespeare Bay, pictured, is being mooted as the most likely location for a new floating dry dock.

A proposal to build New Zealand’s largest dry dock in Picton could create hundreds of jobs and provide a “massive benefit” for shipping in the country.

Port Marlborough is investigating the feasibility of establishing a floating dry dock in Shakespeare Bay, a deepwater port beside Picton Harbour.

The need for a new facility has been highlighted by the NZ Shipping Federation, whose director says “my guys would like it today, it couldn’t happen soon enough”.

The largest current dry dock, part of the Devonport Naval Base, in Auckland, was the biggest in the Southern Hemisphere when it was built in 1888 but is now too small to service many ships operating in New Zealand waters.

All five Cook Strait ferries, other large commercial boats and the HMNZS Canterbury have to go to navy dry docks in Sydney, or further afield to Singapore, for regular maintenance and repairs. 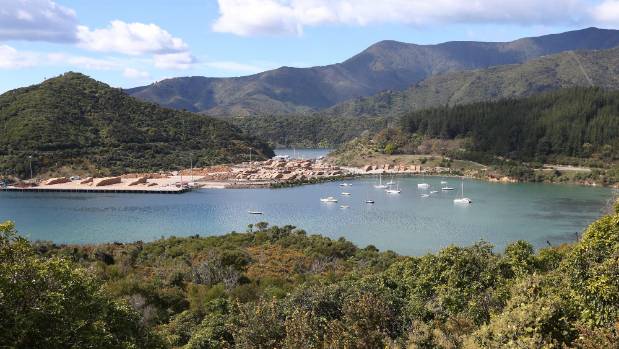 Shakespeare Bay is already used by the logging industry.

However, because the Australian dry dock was a navy operation New Zealand operators could struggle to secure a booking as preference was given to navy ships.

Shipping federation executive director Annabel Young said the fuel cost for the month-long return journey to Singapore was about $500,000.

“Every time you put a vessel into a dry dock you’re looking at millions of dollars of expenditure,” she said. 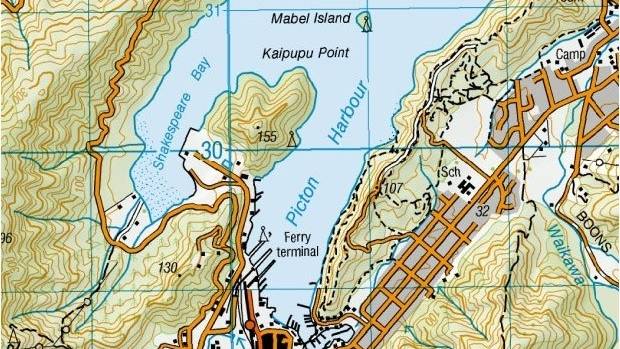 Installing a floating dry dock in Shakespeare Bay could potentially create hundreds of jobs in Picton.

Future ships including the recently-commissioned HMNZS Aotearoa would be too large to be serviced at Devonport, so the Defence Force agreed a new dry dock was needed.

The spokesman said it had partnered with Port Marlborough and the shipping federation to determine the feasibility of a facility at Shakespeare Bay capable of docking ships heavier than 10,000 tonnes and longer than 200 metres. “I think it’s got to the point of critical mass where people can see there’s a really good business case for a dry dock to be set up,” Young said.

The creation of a floating dry dock near Picton would be “absolutely huge” for the local economy but “how many hundreds of jobs it would create, I don’t know”, she said.

“The biggest benefit is you’d become a centre of engineering, all the trades you need to fix a ship, and in addition to that there would be accommodation needs for people that come off the ship.” 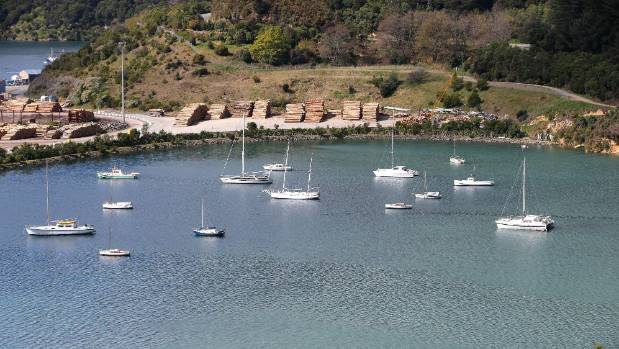 What will happen to the boat moorings in Shakespeare Bay?

A large floating dry dock in New Zealand would save operators money, reduce carbon emissions, allow for urgent repairs and minimise the time ships, such as the ferries, were out of action, she said.

Young said it would also be used for in-water inspections and cleaning, and stop the need for the Ministry for Primary Industries to turn large ships away if their hulls required cleaning.

She said, ideally, the dry dock would cater for ships up to 240 metres long, adding it would be possible to secure a secondhand floating dry dock for between $60 to $80 million. 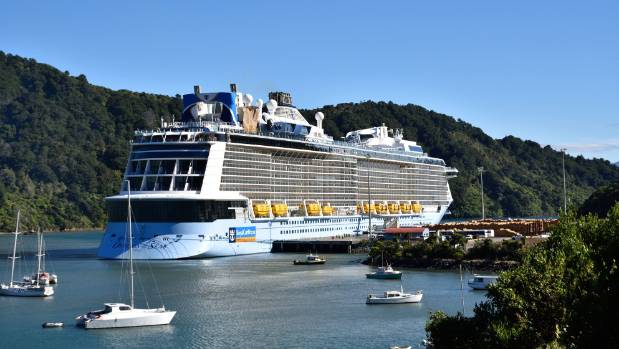 The Ovation of the Seas in Shakespeare Bay in January.

Kaikōura MP Stuart Smith said he had been working with the port, the federation and the current and former Minister of Defence over the past two years to advocate for the project.

“The earthquake has highlighted the value of coastal shipping and the blue highway, and a vital part of that is making sure our ships are serviced here,” he said.

Smith said a floating dry dock in Shakespeare Bay made strategic sense, as it was located in the middle of the country and at one end of the Cook Strait ferry route. 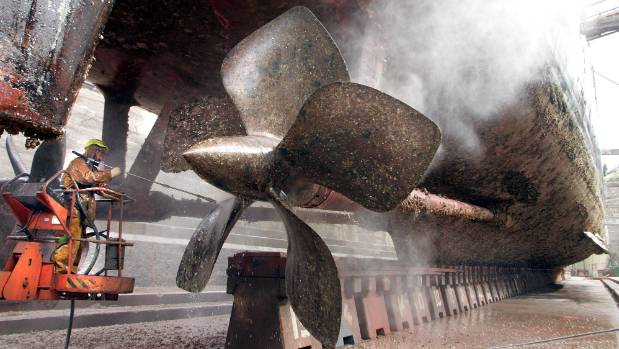 A decommissioned navy ship gets water-blasted at the Calliope Dry Dock, part of the Devonport Naval Base, in Auckland. (File photo)

The Kaikōura MP also pointed to the economic opportunities a dry dock would create for Marlborough, estimating it would create more than 100 jobs, with more in associated service industries.

“It would have a massive benefit for New Zealand, from a strategic and an economic point of view, and at a provincial or local level the economic benefits would be massive,” he said.

A KiwiRail spokesman said the most recent dry docking of an Interislander ferry was in April, when the Kaitaki was sent to Sydney for two-yearly maintenance.

However, the Aratere was sent to Singapore last year, causing the ferry to be out of action for two months due to travel time and time spent in the dry dock.

“Naturally we would like to see a dry dock in New Zealand,” the spokesman said.

“There would be a significant benefit for Interislander and therefore its customers in having a large dry dock capable of accommodating its ships here.”

Port Marlborough chief executive Ian McNabb said the port had been looking at the option of establishing a floating dry dock in Shakespeare Bay for “quite some time”.

“We’ve looked at it for all sorts of reasons, and we’re currently working with a couple of companies in relation to looking at the feasibility of the project,” he said.

Shakespeare Bay was the best option for a floating dry dock because of its central location, and natural depth which meant less, or no dredging would be required, he said.

McNabb said it would have enormous benefits for New Zealand and for Marlborough, in terms of job creation and the ability to conduct more frequent maintenance.

“From a regional point of view there’s all the flow-on effects of having a major industrial facility based in New Zealand and not overseas,” he said.

“If the demand is there, it will happen.”