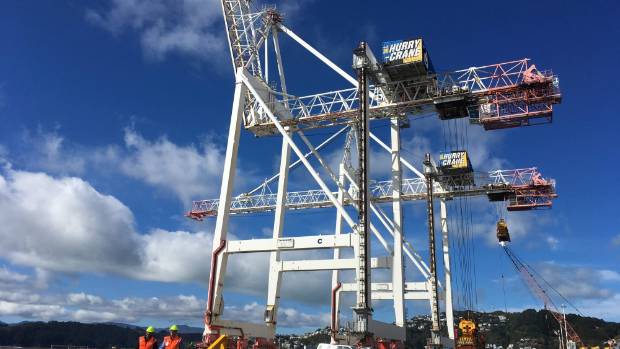 Two giant cranes, which have been sitting idle on Wellington’s waterfront since the November quake, are back in action.

The cranes, which load and unload container ships, were not damaged in the quake, however both jumped off the rails they sit on, with land beneath the cranes weakened. For the past 10 months, the only ships able to unload directly at the port were ones with their own cranes, which was uncommon in New Zealand waters.

As a result, cargo bound for Wellington has been diverted to other ports such as Napier, and containers shifted by rail or truck to the capital.

A CentrePort spokesman said there were many technical and logistical obstacles, including a limited supply of key materials and challenging weather conditions.

Over 185 piles, made from more than a thousand tonnes of steel, have been driven about 40 metres into the soil.

In addition, 644 gravel columns have been set in the ground to reduce any liquefaction from future earthquakes and provide resilience to the temporary works.

The completion of the temporary works would enable more shipping lines to return to Wellington, linking regional businesses with international markets.

“Container shipping accounts for $1 billion of the $2.5b contribution made by the port to the regional economy, and supports about 8500 jobs.

“We know how important CentrePort’s container shipping is to central New Zealand’s economic competitiveness, [but] using alternative trade routes has increased domestic transport costs by up to 800 per cent for some businesses,” Nind said.

Later this month, weekly visits by MSC Capricorn and the NZS/KIX service will also resume.

These will join the ANL Transtaz service, which has visited CentrePort weekly since February.

Quake-hit CentrePort’s should be repurposed as a transport and entertainment hub, a Wellington developer says. 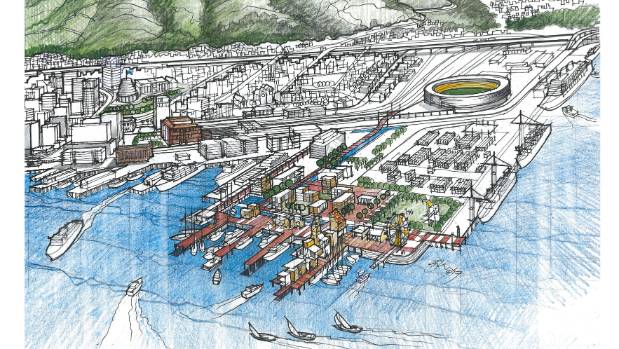 Ian Cassels has called for the port, which suffered substantial damage after the 7.8-magnitude Kaikoura earthquake on November 14, to become like Oriental Bay with bars and transport interchanges.

His suggestion comes as the future of Wellington’s quake-hit CentrePort will be up for debate when regional councillors meet on Wednesday morning. 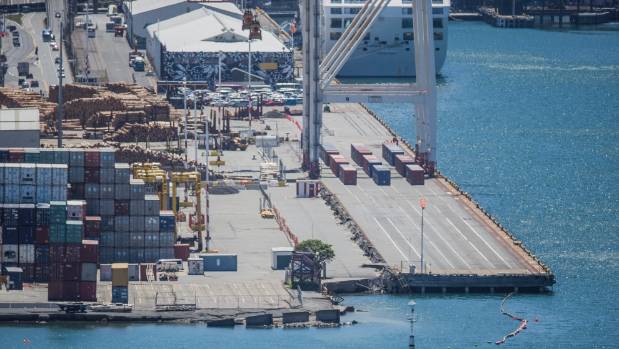 At the meeting Greater Wellington regional councillors will get the opportunity to pass comments onto the CentrePort’s management to inform their plans for the coming financial year. 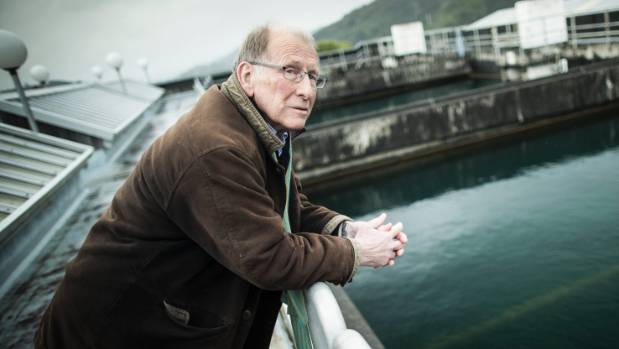 Greater Wellington Regional Council chairman Chris Laidlaw said Wednesday’s meeting would be the first towards developing a masterplan for the future of Wellington’s Port.

While returning to business as usual would be part of council plans, Greater Wellington Regional Council chairman Chris Laidlaw said the objective was to begin developing a plan beyond that.

“This is essentially about looking further ahead to enabling land owned by the Port to be factored into the decisions we are making, particularly around transport,” he said.

This would be factored into Lets Get Welly Moving initiative, which was set up to help solve the city’s congestion problems. 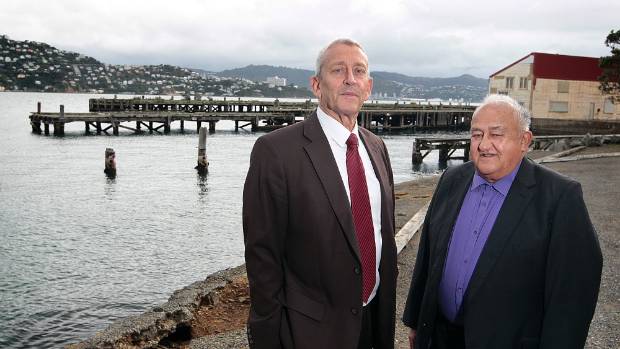 Property developer Ian Cassels said the earthquake had given Wellingtonians a huge opportunity to decide how the Port and the city were alligned.

“We are looking at a longer term development plan for the Port as a whole,” Laidlaw said.

Cassels described the quake as a hidden blessing, allowing Wellingtonians to re-think how the city and the port were best aligned.

“I’m standing in my building looking at the containers on the eastern edge of our port, and nothing could be more inappropriate for the other half of our inner harbour,” he said. 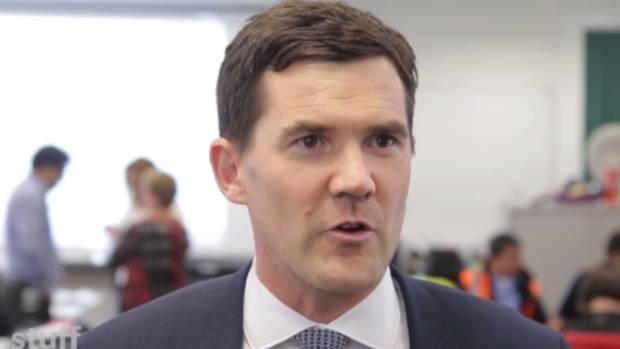 “It should have magnificent stuff going on. It should look a bit like Oriental Bay. There should be entertainment and bars and water taxis should scoot across there late at night to other parts of the Harbour.”

Cassels suggested small-scale wharfs should also be installed for smaller craft and larger suburban buses should stop at CentrePort and not traverse the inner city.

“If you don’t want to walk there should be other options, but they should be electric mini buses or something. The last thing we want is diesel buses.”

The Port has been eyeing up land around Kaiwharawhara, which would be a natural move, with a similar sized operation more easily maintained off reclaimed land, he said.

But she would like to see would be a unified terminal for ferries, rather than separate operations for the the Bluebridge and Interislander.

“At the moment we don’t give them a great tourism experience at either terminal.”

Road Transport Forum chief executive Ken Shirley said there were ongoing issues around entry and exit to the Ports, and he commended the council for beginning to come to terms with that.

“We have got the Roads of National Significance virtually from Levin to Wellington Ports but it’s that last bit of interfacing with the Port that’s so important,” he said.

Wellington City Mayor Justin Lester said efforts should focus on getting CentrePort operating as it was before the quakes.

“They are a good business. The only reason we are considering this is because of the earthquake and its response. I would like to see them operate as they were in the past.”

A CentrePort spokesperson says the self-geared vessels will provide Wellington shippers with direct connection to Australia and via transhipment with North America, North Asia, South East Asia and globally.

“We have modified our processes to accommodate the ANL ships. We have already accepted geared ships since the earthquake. We are working closely with ANL throughout this process.”

The spokesperson expects the service will see “several hundred containers” loaded and unloaded per week.

It is understood CentrePort is actively negotiating with other self-geared containership operators in attempt to attract further callers, as it works to resume modified gantry crane operations within the next four to six months.

“Our key trades of ferries, fuel, logs, cars and cruise ships continue to operate. Indeed, since the earthquake many of these trades have performed very strongly. This shows the importance of the port to the economy of the central region, and the hard work we’ve put in to quickly resuming services.”