The authority said that because Twyford ended his call before takeoff, it didn’t pose a significant risk to the safety of the flight.

Twyford had earlier stepped down from his role overseeing aviation safety after making the call to a staffer in May.

Acting Prime Minister Winston Peters said the breach was a low-level offense and that Twyford was contrite and would be reinstated to his aviation oversight role now the investigation was complete.

“A slight irony, of course, is that we have noticed that a great number of other people are guilty of that offense,” Peters said. “It should be a great deal of education value to us all to know how serious it is.”

Twyford said Monday he can’t recall the exact chronology of the call, but that his phone records and airline records indicated he’d been on the phone for about three minutes while the plane was taxiing but before takeoff.

Cellphone calls are banned after the doors are closed in preparation for takeoff. While some rules around mobile devices have been relaxed in recent years, passengers are still banned from making cellphone calls or sending text messages during flight.

“I’ll be paying the bill very shortly,” Twyford said. “It was a breach, and particularly inappropriate given that I’m the transport minister.”

He said he wanted to reiterate his earlier “unreserved apology” for his mistake.

The breach was brought to light by an opposition lawmaker.

Transport Minister Phil Twyford today announced the appointment of Michael Stiassny as Chair of the New Zealand Transport Agency Board.

Michael Stiassny has been appointed for a term of three years commencing on 19 April 2018.

“Michael Stiassny has a wealth of governance, leadership and financial knowledge having been involved in governance and corporate positions for the past three decades,” Phil Twyford says.

The NZ Transport Agency’s core functions are to plan and invest in New Zealand’s land transport networks through the National Land Transport Programme.

“This Government has a transformative agenda to rebalance the transport system toward better safety, access and value for money, along with more investment in regional and local roads and rail.

“The NZ Transport Agency has a crucial role to play in creating a modern and sustainable transport network across land transport modes. Michael Stiassny brings strong and decisive leadership to the Board.

“I’d like to thank Dame Fran Wilde who’s been acting chair over the past three months and acknowledge the contribution of Chris Moller who stood down in January,” Phil Twyford says. 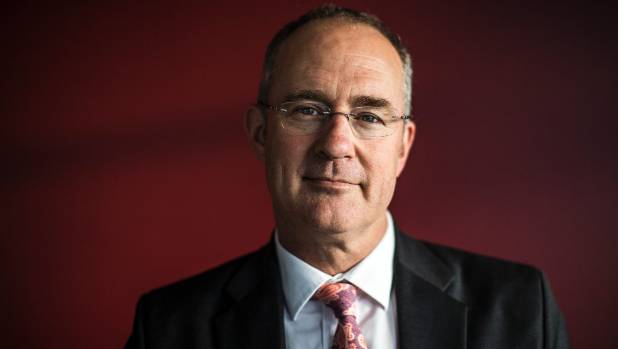 But Twyford believes it is not fair for the rest of New Zealand to pay for its biggest city’s woes.

Rail and coastal shipping will be a focus for both Auckland and elsewhere, he said.

The newly named minister made the comments in his first address at the Road Transport Forum’s annual conference in Hamilton on Saturday. “If we had a decent passenger rail from Auckland to Hamilton paid for out of the Land Transport Fund, then I could have been here much earlier,” he joked, referring to what RTF Chief Executive Ken Shirley had said to him after arriving late to the conference, having got stuck in traffic.

During the conference at Claudelands Event Centre, Twyford outlined the government’s direction on the future of transport throughout the country.

“We know the transport system is about networks and productivity and changes to one mode can have flow-on consequences.”

Transport in New Zealand needs to be resilient in the face of shocks, such as the recent earthquakes that shut down the major north-south highway in the South Island.

To do this, changes to funding is required.

Roading is currently funded through the Land Transport Fund, from road user charges, petrol tax and vehicle registration, which generate $4 billion a year.

“We need to tackle the problem of new and additional funding sources and the challenge of dealing with Auckland’s growth pains is one of the pressures here.”

Decades of under-investment and congestion in Auckland is costing the city $1.3b a year in lost productivity, he said.

Aucklanders want it fixed, but Twyford said it will come at a cost.

“They understand that it costs money to do this.”

The Government is committed to a $15 million, 10-year programme that includes a rapid transport system in Auckland, which will join up with the road and highway system.

“We need to find additional sources of funding as well and we cannot ask the rest of New Zealand to pay the costs of Auckland’s growth.”

If asked, the Government will pass legislation to allow Auckland Council to levy a regional fuel tax, he said.

“We’ve talked about 10 cents a litre and that would generate about $150 million a year, about 10 per cent of the investment that is needed for the Auckland Transport Plan.

“Aucklanders have to be willing to chip in a bit extra.”

Income from targetted rates on what will be “massive increases” in the value of the land around the light rail network in Auckland could be reinvested in the rapid transport system, he said.

“The Government is going to continue to fund rail above and beyond the national transport fund, but what we want is to generate new and additional sources of revenue.

“In the long term, petrol excise will not be a sustainable way to fund the transport system.”

“Our coalition partner placed a very high premium on investment in the regions, so that will be a priority.”

Another priority would be reducing carbon emissions from the transport industry, which make up 18 per cent of the country’s greenhouse gas emissions, he said.

Exploring coastal shipping is one way of doing this, he said.

“I believe if we level the playing field, coastal shipping can be a cost-effective way to move heavy bulk freight that is not time-dependent.”

He also addressed one of the biggest concerns from the industry – the shortage of top-class drivers.

Attendees said the driver-licensing system had become complicated and expensive.

Twyford said the government wanted to weave driver licensing into the school curriculum.

“When people don’t get their licence or never graduate to a full licence, it has downstream negative consequences for them to get jobs.”

He said stemming migrant numbers would not affect those in the transport industry.

“You’ll know the intention to change the immigration settings, as we believe the open door policy of immigration had quadrupled net migration.

“We think we can combat this by taking out the rorts and the scams in the education sector, where so-called education providers have been giving back-door visas.”

There are genuine skill shortages and regional skill lists will mean a particular regions can attract people in to live and work in that region, he said.